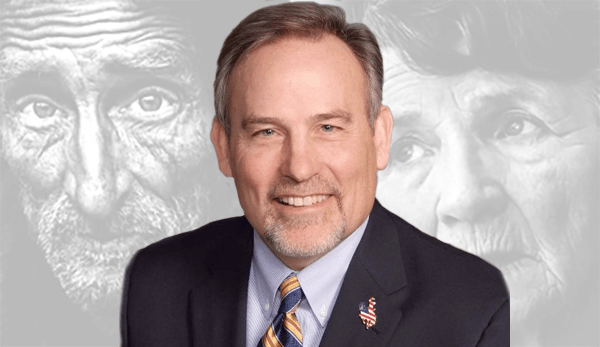 Sen. Perkins might give handouts to coal companies, but not tax relief to poor folks or cost-of-living bumps for state retiree checks.

Two bills that would have helped different low-income populations now have something else in common—after passing the House, they ended up in the desk drawer of Senate President Drew Perkins (R-Casper), dead for the budget session.

House Bill 139 would have revived a popular program to provide tax refunds for the elderly and disabled, which existed for 41 years until the Legislature eliminated it in 2016. The House passed it overwhelmingly, with a 42 – 16 vote, before Perkins killed it.

Meanwhile, House Bill 112 would have granted a modest, one-time payment to state government retirees, who have not received a “cost-of-living adjustment” (COLA) since 2008. Under current law, the retirement system won’t see another COLA until it is fully solvent—something the bill’s advocates said won’t happen for another 30 years.

Perkins’ decision to not even assign the bills to committees—thus killing both—spared his colleagues from even having to say anything or cast a vote against them.

Last year, the Senate at least had the decency to debate a bill to reinstate the tax rebate program before voting it down, 10 – 16.

The poorest people in Wyoming

As he did last year, the sponsor of the bill to revive the tax rebate program, Rep. Tim Hallinan (R-Gillette), tried to garner support for the proposal by reducing its funding. 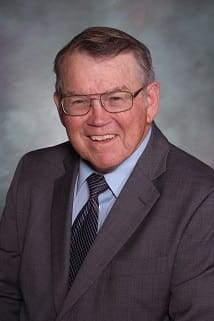 Prior to being axed in 2016, the program—which began in 1975—allotted $4.2 million in rebates to low-income elderly and disabled people. Hallinan’s bill this year would have revived the program at a far lesser level—$2.5 million for the two-year 2021 – 22 biennium.

“The beneficiaries are the poorest people in Wyoming,” Hallinan said.

HB-139 would have made single persons older than 65 and disabled persons over 18 eligible if they make between $7,500 and $13,000 per year. A person at the lowest income level would receive $700, and the amount would be reduced proportionately up to the highest qualifying income.

Couples making between $12,000 and $21,000 per year would qualify. Couples making the least money would receive $800, the highest rebate.

Prior to its defeat in Senate President Perkins’ desk, the bill faced some opposition in the House.

Rep. Lloyd Larsen (R-Lander) claimed that the program is not really a tax refund, since there is no verification that the people pay taxes.

“It hurts to see these people who live in poverty, especially when I’ve seen this session what we spend our money on.”

“I appreciate the generosity,” said Rep. Lloyd Larsen (R-Lander). “I know I am Simon Legree, but this is not a tax refund, it’s a cash giveaway.”

But, of course, all Wyomingites pay some taxes—especially sales tax. Hallinan said that, by his accounting, individuals who would be eligible for the tax refund pay about $1,500 per year for rent, gas, utilities and state and local sales taxes. For couples, the average expenses for those items is $1,870.

“So, they would have a need for a tax refund,” Hallinan said.

Several lawmakers supported the proposal because the people who it would benefit simply really need help.

“This is a program that existed [for four decades] because we saw an absolute need in our state that we do a program like this,” said House Minority Leader Cathy Connolly (D-Laramie).

“It hurts to see these people who live in poverty, and it hurts especially when I’ve seen this session what we spend our money on,” Salazar said. He did not elaborate about what state spending he finds objectionable.

The other bill Senate President Perkins singlehandedly killed would not have benefitted the absolute poorest people in Wyoming. But it would have given needed help nevertheless to retired state workers who aren’t exactly rolling in dough—their retirement payments haven’t received a “cost-of-living adjustment” in more than a decade.

According to the U.S. Bureau of Labor Statistics’ online calculator, a product that cost $100 in 2008 would cost roughly $122 today.

“They knew what they were getting into.”

But prior to passing the House, such “generosity” had its detractors.

“I don’t understand why we have these constant approaches that we need to give more money to state retirees, especially at a time when money is tight,” said Rep. Don Burkhart (R-Rawlins). “If you want more money in retirement, you’re going to have to make it.”

Rep. Scott Clem (R-Gillette) said the retirees “knew what they were getting into” when they decided to get jobs with the state.

“I don’t want to come off as this heartless grinch, but how often are we going to do this?” Clem said. “Will they get a cost-of-living adjustment next year? Five years? In 10 years? I’m just wondering where it ends. What happened to personal responsibility?”

Clem said these former state workers should have supplemented their retirement incomes with 401(k) investments and savings.

But House Speaker Steve Harshman (R-Casper) said 401(k) accounts weren’t available to many older retirees. He said 700 former state employees are over 90 years old, and 14 are over 100.

“We’re talking about people who didn’t make a heck of a lot of money,” Harshman said.

The bill’s sponsor, Rep. Bill Henderson (R-Cheyenne), said his proposal addressed “the impact of inflation on our friends and neighbors who have devoted many years of public service across our great state.”

Funding for the initial year would come out of the State Retirement Trust Fund, and the second from the General Fund. Harshman said he didn’t know the exact calculations, but the amount state retirees would receive will depend on how long ago they retired.

But, it turns out, nobody’s getting anything, and retirees will simply have to watch their checks grow weaker and weaker as the cost of living in Wyoming rises.

Wyoming House advances last surviving abortion bill of the budget session
Scroll to top
Share this ArticleLike this article? Email it to a friend!
Email sent!