The $19 million a year raised by the tax won't come close to fixing Wyoming's budget problems. But it's a start.

The Wyoming Senate advanced a proposed statewide lodging tax on Friday, clearing its path to the governor’s desk. The bill had already passed the House.

Governor Mark Gordon said at the beginning of the Legislature’s 2020 budget session that the lodging tax was the only tax he would support.

The Wyoming Legislature has for years opposed any new form of tax revenue, despite the state’s mounting budget crisis. Lawmakers have chosen instead to address the state’s fiscal problems by cutting funding for public institutions and spending down the state’s savings accounts.

Revenue from the lodging tax will come nowhere near to closing the state’s budget shortfall, which now tallies in the hundreds of millions of dollars per year. But its passage amounts to a sea-change in terms of the Legislature’s accepting that Wyoming must create new sources of revenue to replace what the state has lost from the decline of the mineral industries.

The shift in tone Friday was remarkable, compared to what one has recently heard in the Senate. 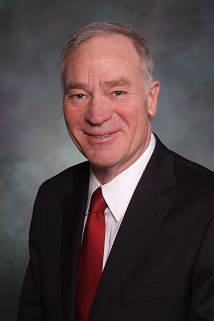 Just a few years ago, lawmakers like Sen. Dave Kinskey (R-Sheridan) would bluster and boast that tax increases were simply off the table.

“You’ve seen what happens to taxes when they hit the Senate,” Kinskey bragged in 2017. “They hit a buzzsaw of opposition—I’m proud of being part of that buzzsaw.”

Reality, however, has apparently begun to sink in. As the roll was called Friday for the final vote, many senators who are accustomed to cutting down tax proposals grudgingly called out “aye.”

The Senate approved the bill by a 16 – 13 vote. It now proceeds to a “conference committee” where representatives from the House and Senate will work out minor differences between the two versions of the bills each chamber passed.

From county-based lodging tax to statewide

If it’s signed into law, House Bill 134 will set a tax rate of 5 percent on all lodging in Wyoming, including short-term rentals like those on AirBnB. It will allow for an additional county-specific two percent tax on top of that, for a total of 7 percent, if voters in a county choose it.

This would amount to a 3 percent increase over what hotel guests pay in Wyoming now. Currently, Wyoming counties select their own lodging tax rates, between 2 and 4 percent. Every county in Wyoming currently has at least a 2 percent lodging tax.

Revenue from the statewide lodging tax would be split between the Wyoming Office of Tourism and the counties where the revenue originated. The tourism office currently depends on support from the state’s general fund for its operations, which involve promoting Wyoming’s tourism industry.

With the lodging tax acting as a dedicated funding source, the Office of Tourism will no longer need fiscal support from the state’s general fund. Counties’ reliance on state funds will decrease, too. This, in turn, will free up money to be spent on other public needs.

State economists estimate the new lodging tax will generate a total of roughly $19 million a year. Out-of-state visitors will cover an estimated 85 percent of that cost.

Tourism industry: Let us tax ourselves

Support for the statewide lodging tax comes from several sectors, notably the tourism industry itself.

When the Senate Appropriations Committee considered the bill earlier last week, on Tuesday, the meeting room was filled with hotel owners and others in the business.

“My gut reaction when I heard ‘new tax’ was ‘no.’ But once I gave this some thought, I decided to support it.”

Andrew Layton, owner of the Best Western Hotel in Sheridan, said the global tourism market is so big and competitive that individual hotels have trouble competing on their own.

Since the lodging tax would help fund the Wyoming Office of Tourism, he said, it could help grow the industry.

“My gut reaction when I heard ‘new tax’ was ‘no’—that’s my gut reaction to taxes,” he told the Senate Appropriations Committee. “But once I gave this some thought, I decided to support it.”

Cindy DeLancey, president of the Wyoming Business Alliance, told the committee that taxing the tourism industry would help diversify Wyoming’s economy and its tax structure.

“Passing this bill will give you another tool in the toolbox to address budget challenges moving forward,” DeLancey said. “The deficit [the state] is facing is not one we’re going to be able to cut our way out of or tax our way out of. It’s going to be a blend.”

When cuts are not enough

A sense of world-weariness pervaded the Senate on Friday as it took its final vote. Half the “ayes” came from senators who have served in the Legislature for more than a decade—people who have seen booms and busts and who understand that, this time, there is no boom on the horizon.

Sen. Eli Bebout (R-Riverton) has spent years forcefully pushing for cuts to Wyoming’s public education budget as a means of correcting the deficit. As he spoke in support of the bill, he admitted his efforts to cut have not been enough.

“We failed to reduce or stop spending,” Bebout said. “We have not done anything to stop automatic increases to education funding. We need to bring our budget in line. We talk about diversifying [the state’s tax structure]. Here’s our chance.”

“I haven’t voted for a tax increase in 10 years. This is the most sensible way to go about it if we’re going to do it. This is an honest first step.”

Sen. Hank Coe (R-Cody), who has served alongside Bebout for more than 30 years, read aloud on the Senate floor an editorial by Bill Sniffin, publisher of the Cowboy State Daily.

“The biggest danger to the [tourism] industry this year is coming from within—from some members of the Legislature,” Coe relayed. “Some outspoken elected officials think we are spending too much money promoting the state. Actually, we are lagging behind our neighbors. And we have a lot to lose by such crazy thinking.” 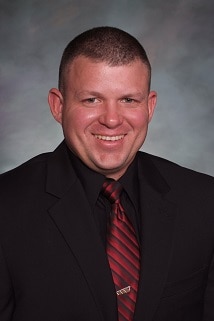 This “crazy thinking” came from a new crop of right-wing lawmakers like Sen. Tom James (R-Rock Springs), who suggested to his colleagues that instead of passing a lodging tax to fund the Wyoming Office of Tourism, the agency should be eliminated entirely.

Other typically anti-tax lawmakers put on their big-kid pants in a sincere attempt to fix the state’s budget problem.

“I haven’t voted for a tax increase in 10 years,” said Sen. Ogden Driskill (R-Devil’s Tower). “This [tax] is supporting an industry. This is the most sensible way to go about it if we’re going to do it. This is an honest first step.” 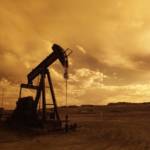 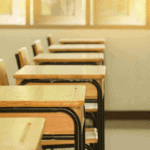 Four ways to cut school funding: House and Senate at odds as education budget...
Scroll to top
Share this ArticleLike this article? Email it to a friend!
Email sent!