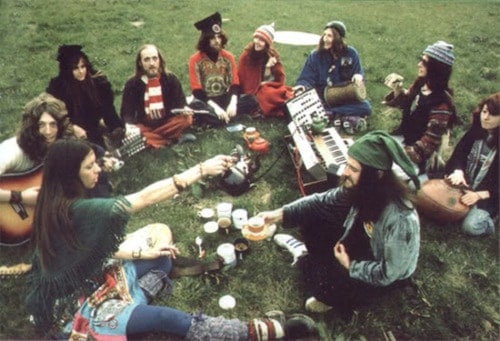 Tara Nethercott, in shawl, harshes the mellow of Larry Hicks, in funny nightcap, by threatening to stall a weed bill again

The Senate Judiciary Committee Monday discussed what legislators call an “old friend”: a bill that returns year after year in a different version but never passes.

House Bill 197, officially called the Marijuana and THC Products Policy Reform Act (and colloquially called ‘That Edible Pot Bill’) passed the House early this month with a 52 – 6 vote. It was the first time a bill to reduce weed penalties has ever passed a chamber of the state Legislature. The Senate Judiciary Committee has worked on the issue in two previous sessions and during the interim.

Tara Nethercott, in shawl, harshes the mellow of Larry Hicks, in funny nightcap, by threatening to stall a weed bill

HB-197, sponsored by freshman Rep. Jared Olson, would make it a misdemeanor for a first-time offense of possessing up to 3 ounces of marijuana and up to 8 ounces of a THC product. The penalty for both would be up to 20 days in jail and a $200 fine. Today, anyone popped for even a small amount of marijuana is subject to up to a year in jail and a $1,000 fine.

Old heads dismiss claims that the bill is half-baked

In the bill, a THC product is defined as “a preparation, compound, mixture or substance not in plant form which contains marijuana or tetrahydrocannabinols intended for consumption or use without further preparation including, but not limited to, baked goods, candies, edibles, ointments, potable liquid, tinctures or any other similar form containing marijuana or tetrahydrocannabinols.”

There was hope that the bill might be so fine-tuned its presence before the Senate panel could merely be a formality. That was quickly dashed when officials kept offering amendments to change HB-197 more to their liking.

They offered so many amendments, in fact, that committee newcomer Sen. Tara Nethercott (R-Cheyenne) finally declared she didn’t think the bill “is ready for prime time.”

Use this quick and easy form, which includes information about the specifics of House Bill 197, to tell the Senate Judiciary Committee to pass the joint … er, the bill on to the Full Senate!

Sen. Larry Hicks (R-Baggs), who seems to really enjoy explaining things to women, adopted a disturbed look at the prospect of the bill being dragged down again. He sighed deeply and told her how many times the panel has worked on similar bills that have never made it through the Legislature. “There is never going to be a consensus on this bill,” he said. “We could study it another two years. We’re never going to please everybody.”

But it looks like the committee will probably report HB-197 out with a favorable recommendation to the entire Senate. It just wasn’t going to happen Monday. Sen. Dave Kinskey (R-Sheridan) suggested the five members come back Wednesday and decide about the proposed changes and, hopefully, the entire four-page bill. That’s what Chairman Sen. Leland Christensen (R-Alta) decided to do, unless something else comes up that would bump it off the list.

The issue’s sticky past

In 2015, two judges tossed out felony cases against defendants who allegedly had edible marijuana found in their vehicles, because state law only criminalizes pot in plant form. In one case police seized 1.9 pounds of alleged edible marijuana candies, cookies, bread and chocolate bars.

Lawmakers said they were determined to close the drug penalty loophole at the 2016 session, but they could never agree on the punishment for edible pot products. The Senate approved making possession of 3 ounces or more a felony, while the House made the same crime a misdemeanor. The bill died when it failed to meet a legislative action deadline. The Wyoming Supreme Court has ruled possession of edible marijuana is a misdemeanor unless the Legislature decides to act.

Current weed penalties are too high

Nearly everyone—including law enforcement and prosecutors—seems to agree that first-time possession of up to 3 ounces of pot merits only 20 days and a $200 fine, and not prison time. Previously bills to reduce marijuana penalties in any way—often by Democrats—were not just rejected, they lost by margins of two or three to one.

Under HB-197, a second conviction within 5 years would be a misdemeanor punishable by six months in jail and a $750 fine; three convictions, two years and a $5,000 fine; a fourth or subsequent conviction makes it a felony, five years and $10,000.

Laramie County District Attorney Jeremiah Sandburg argued that the committee should reverse a House amendment that changed the “look back” provision in the bill—which means prosecutors can charge higher penalties for repeated offenses—from 10 years down to 5 years. He said the goal of the legislation should be to get treatment for offenders “so they do not become felons down the road.”

Sandburg said with deferred prosecution often resulting in probation for someone for their first or second arrest, “their fourth conviction that makes it a felony is really their fifth or sixth time.”

It’s edible marijuana that now has everyone’s attention. Frank Latta, a former state legislator who is the new director of the Wyoming chapter of the National Organization to Reform Marijuana Laws (NORML), gave his blessing to HB-197. “It does a lot of good things,” he said, without elaborating.

Byron Odekoven of the Wyoming Association of Police Chiefs and Sheriffs pointed out that with edibles someone may get more THC than another person using marijuana in plant form because of its potency. “This is always about serving size,” he said of the conflict over how to determine the THC content of edibles.

Nethercott said she was concerned that the bill doesn’t address marijuana extracts or concentrates. She also questioned the availability of substance abuse treatment programs to help young offenders sent to jail in small towns.

We imagine Hicks will gladly explain it to her.