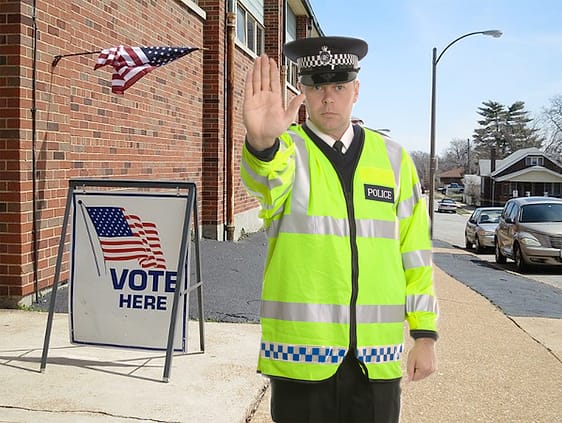 Forget to register or re-register before May 12? NO VOTE FOR YOU!

For years, the Wyoming Republican Party has tried to force the Legislature to pass laws that would restrict primary elections, limiting who can vote.

The idea is to ensure only die-hard Republicans get a voice in Republican primaries—anyone who has recently missed an election, or who previously registered as an Independent, Democrat, or with some other party should be excluded.

Elections—including primaries—are not paid for, run by, or meant to serve political parties.

In much of the state, elections are essentially determined during the GOP primaries. In many places and in many races, the only candidates running are Republicans.

The Wyoming Legislature, to its credit, has defeated all these bills—every single one of them. During the 2019 session, lawmakers voted down such a bill four times despite massive pressure from the state GOP.

This year, another attempt is being made to limit Wyoming elections via Senate File 97, “Change in party affiliation,” sponsored by Bo Biteman (R-Ranchester). It has momentum thanks to an endorsement by former president Donald Trump, though it narrowly passed its introduction vote last week in the Wyoming Senate.

The bill would prohibit anyone from voting in a primary election unless that person was registered with a party months in advance. Currently, Wyoming election laws allow voters to register with a political party and cast a vote on the same day.

The general problem with the Wyoming GOP seeking to limit primary elections in this manner is that elections—including primaries—are not paid for, run by, or meant to serve political parties. They are financed by taxpayers and administered by the State of Wyoming in service of the general public.

A more specific problem is that laws like SF-97 would keep people from voting—lots of them. Under the proposed law, voters would be prohibited from registering for a political party any time after the first day that candidates can file to run in an upcoming election.

This year, that would mean a voter would have to register by May 12—long before most people are thinking of Election Day—in order to participate in the August 16 primaries.

If SF-97 passes, none of these people will be able to cast a vote in a Wyoming primary if they fail to register before the May 12 cutoff.

The bill will be heard by the Senate Corporations, Elections, and Political Subdivisions Committee at 8 a.m. on Tuesday in the Wyoming Capitol, room W110.

“Crossover voting” is paranoia, not a problem

In an election paid for by all taxpayers, people may register and cast a ballot in whichever party primary they choose.

That includes “independent” voters—people who don’t affiliate with any party—who can decide to register with either Republicans or Democrats for the primary.

Wyoming elections have long allowed people to register to vote—and register for a political party—on the same day they cast a ballot. But this practice came into question after the 2018 elections, when failed gubernatorial candidate Foster Friess blamed his loss to Mark Gordon on hordes of Democrats switching their party affiliation to vote in the GOP race.

In fact, there had been an effort to convince Democrats to vote in the 2018 GOP primary, which had stoked Friess’ paranoia. But it turned out the “Switch for Wyoming” campaign did not make much of a difference.

Gordon beat Friess by more than 9,000 votes. In the run up to the election, only 2,400 independents switched to Republican, and the Democrats only lost 1,800 registered members—hardly enough to swing the result.

Many more people registered with the Wyoming GOP to vote in the 2018 primary. But rather than being former Democrats or independents, they appear to be among the thousands of Republicans purged from Wyoming’s voter rolls and who were forced to re-register.

These “purged” voters are the people who SF-97 would most often stop from voting.

Tens of thousands need to re-register

Under Wyoming law, a person who misses a single election is un-registered to vote—i.e. “purged from the voter rolls”—and must re-register in order to cast a ballot.

This is not a big deal right now, since people can re-register at the same time they vote.

If SF-97 passes, however, thousands of voters—a majority of them Republicans—will be unable to participate in the primary elections, simply because they will fail to register or re-register before the May 12 deadline.

We can look at purge and re-registration numbers in Wyoming from 2018 – 2020 to get an idea of what might happen.

According to the Wyoming Secretary of State’s office, more than 42,000 registered Republicans were removed from the voter rolls in the first two months of 2019. This includes people who were “purged” for missing the 2018 elections, along with people who moved or otherwise changed their registration.

Many people only vote during presidential election years, which means it is normal for lots of voters to be purged after midterm elections like 2018.

All of these 42,000 people had to re-register if they wanted to vote in the 2020 elections. Many of them did—but not during the times when they would be allowed under SF-97.

If SF-97 had been law, these 10,000 people would have been blocked from voting—even though many were Republicans to begin with.

Throughout the remainder of 2019, only 881 people registered as Wyoming Republicans. This low number is normal, since there was no election that year.

But even as 2020 began, registration continued its sluggish pace. From Jan. 1 through March 31, only 21 more Wyoming residents registered with the GOP.

By mid-May, fewer than 3,000 voters had registered or re-registered with the Wyoming Republican Party since the 2019 purge, while nearly 40,000 were left off.

If SF-97 had been law, these 3,000 voters would have been able to participate in the primary. The remaining nearly 40,000 would not.

Between mid-May and the 2020 primary elections, more than 10,000 people registered with the Wyoming GOP. Since they were able to register and vote at the same time, they successfully cast their ballots.

But if SF-97 had been law, these 10,000 people would have been blocked from registering as Republicans and voting in the primary.

If SF-97 passes this year, it is highly likely that a comparable number will be blocked from voting in November. That means a significantly decreased number of people will be choosing our elected leaders, and more people will be without a voice in our civic processes.

Senate advances election restriction bill through Agriculture Committee and...
Scroll to top
Share this ArticleLike this article? Email it to a friend!
Email sent!