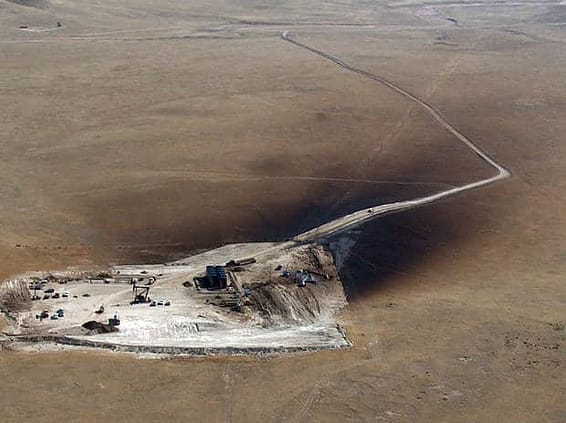 Neither pipelines nor oil spills nor climate change nor protests are going away. There's no reason to think bills like SF-74 will, either.

Let’s not fool ourselves: The last-minute reprieve via Gov. Matt Mead’s veto from a bill that would have obliterated free-speech rights in Wyoming and thrown people in prison up to 10 years for protesting industry doesn’t mean this a time to celebrate.

It’s a time to mobilize and make sure this “zombie” bill stays dead.

Multinational mining corporations, their backers in the American Legislative Exchange Council (ALEC), and their local counterparts aren’t likely to accept defeat. They demonstrated as much by bringing Senate File 74 back to life after a House committee surprisingly killed it during the 2018 Legislative session.

In an brazen move, lobbyists and lawmakers who supported the bill strong-armed members of that committee into changing their votes, and a shady manipulation of procedure by Legislative leadership made the switch official. The bill went on to pass both chambers of the Legislature, and only Mead’s veto kept it from becoming law.

The extents to which supporters of “Crimes against critical infrastructure” went last session to see the bill pass—despite widespread and vocal opposition—suggests that it, or something very much like it, will poke its head up in front of the Wyoming Legislature again.

SF-74 was model legislation written by ALEC as a response to the Native-led protests against the Dakota Access Pipeline at the Standing Rock Indian Reservation in 2016.

In its initial form, the bill would have punished any individual in Wyoming who intentionally “interfered” with “critical infrastructure” with up to 10 years in prison, a fine of $100,000, or both. Any organization—such as a tribe, an environmental group, or a faith organization—that encouraged people to “inhibit or impede” critical facilities would be fined up to $1 million.

Next session, Wyoming will have a new governor, and whoever it is will likely follow the mineral industry’s marching orders to address their concerns over all others.

But Gov. Mead called the bill “flawed” and rightfully echoed a general argument other lawmakers made who opposed the bill: that it cast “too wide a net.” Mead said that, along with pipelines and railroads, the bill would have also covered ordinary facilities like irrigation ditches and hay barns that are located throughout the state.

And while SF-74’s supporters swore up and down that it would target people who caused material damage to physical infrastructure, it was easy to see how it could be leveraged against peaceful protesters like those at Standing Rock and others whose speech is protected by the First Amendment.

SF-74’s initial passage by the Legislature—and close margin by which Mead’s veto was upheld—shows that, in Wyoming, corporations are not only considered people, they have a louder voice than anyone else in the state.

The bill’s failure due to a veto can be considered a fluke, since the governor who stood up and said “no” to the minerals industry is in his final year and not seeking election to any other positions. Next session, Wyoming will have a new governor, and whoever it is will likely follow the mineral industry’s marching orders to address their concerns over all others. This is true even of Democratic candidate Mary Throne, a longtime oil and gas attorney.

Unless voters insist that they won’t allow their First Amendment rights to be stomped on, another version of the anti-protest bill with a fresh coat of promises will likely return.

“After all, it does fund our education.”

Despite having never witnessed anything remotely resembling the protests at Standing Rock, it’s easy to see why SF-74 would appear before the Wyoming Legislature. It’s not because anyone in Wyoming thought it up.

SF-74 was model legislation written by ALEC, a right-wing think tank that operates as the policy arm for the billionaire Koch Brothers, who amassed a fortune in large part from oil. Taking a cue from Oklahoma, another oil-dependent state, ALEC created a template for what would become, in Wyoming, SF-74, and it would become other similar bills in other states.

ALEC chose Wyoming as a venue for its experiment simply because it knows that, by and large, the state government is a patsy for the minerals industries. How could we turn down legislation that gives law enforcement an iron fist with which to protect our main economic driver?

During debate on the House floor, lawmakers articulated this point. Rep. John Eklund (R-Cheyenne) warned all would-be demonstrators that while they’re free to go have a “friendly protest,” they’d “better stick to the law” and behave themselves.

“Don’t impede an ongoing operation that costs or could damage or injure people or industries, or our income streams in Wyoming,” Eklund intoned. “After all, it does fund our education.”

SF-74 will likely return to Wyoming in some form simply because the bill was part of the much larger war over climate change—a war that won’t be over soon. 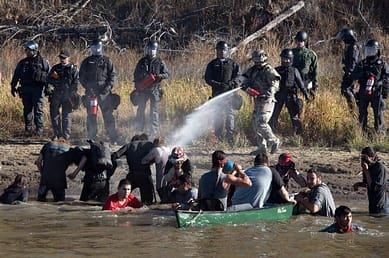 While the actions by Water Protectors at Standing Rock were unprecedented in 2016, other similar actions have subsequently taken place, and it’s only a matter of time before another protest on a scale of such magnitude coalesces.

Likewise, the push to squash such protests goes far beyond SF-74 and even ALEC’s efforts. According to The Nation, at least 56 bills to restrict protests have been filed in 30 states since Feb. 2016.

Individual lawmakers sponsored many of the earliest bills on their own and provided ALEC a template. While most have been rejected, measures are still pending in several states.

Wyoming is now 1 – 0 in the multi-state effort to protect people’s constitutional right to protest. Losing next year is not an option. As the bill’s opponents noted, Wyoming already has laws to punish people who trespass or damage critical infrastructure. The right to protest injustice is why our nation’s founders fought so hard to break free from tyrannical British rule. To criminalize the right of citizens to protest is wholly un-American and not what Wyoming is all about.

Book review: The currents young Wyomingites swim against
Scroll to top
Share this ArticleLike this article? Email it to a friend!
Email sent!