Prior to the recent legislative session, Better Wyoming looked at several poverty-related issues in its “State of Insecurity” series.

These included the need to increase Wyoming’s minimum wage and to figure out better ways for state agencies and NGOs to ensure Wyomingites have enough to eat.

Looking back on the 2019 session, the Legislature earned a failing grade in addressing these issues and others that would have brought relief to low-income people.

Wyoming began the year tied with Georgia for the lowest state minimum wage in the country, $5.15 an hour. It ended the session the same way.

The vast majority of workers in the state earn at least the federal minimum wage of $7.25 per hour. But about 4,000 people—mostly domestic and agricultural workers—earn less.

In 2013, a study showed that 30,000 Wyoming workers—roughly 10 percent of the state’s workforce—earned poverty wages. If anything, our job market has become worse since then. 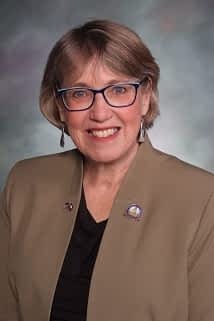 House Bill 273, sponsored by Rep. Cathy Connolly (D-Laramie), would have raised the state minimum to $8.50 and then increased it by 25 cents an hour annually for four years, eventually reaching $9.50 an hour.

The House Labor, Health and Social Services Committee approved the measure by a 6 – 3 vote, but only after the committee amended it to remove the incremental hikes.

Committee members said it would be difficult to get any minimum wage increase through the House. Their prediction was correct: The House amended the bill once more to lower the proposed rate even further, and then rejected that by a 23 – 36 vote.

Dying even without lobbyists’ help

Connolly’s proposal was different from other recent efforts to raise the minimum wage in an important way: The Wyoming Restaurant and Lodging Association did not oppose it.

That association represents the tourism industry, which employs the majority of Wyoming’s minimum wage workers. Its lobbyists have worked to kill all other proposed minimum wage increases in recent years.

Chris Brown, the director of the Wyoming Restaurant and Lodging Association, said his board voted unanimously to support the bill. 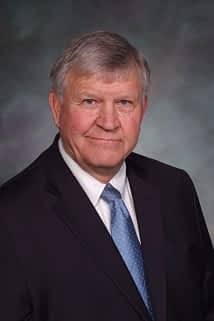 But the bill never made it past the House.

“Your employer will pay you depending on the job you’re doing, what you’re worth,” Larsen said. “You have a right, if you don’t think you are being justly compensated, to look someplace else.”

Unsurprisingly, Larsen’s own personal wealth comes from an oil company his daddy gave him, and he never had to make a decision like that.

When it comes to food insecurity, the surest way to ensure poor people have enough food to eat is simply giving them the means to go the store and get it.

In some cases, this might mean “food stamps.” In others, it means cash assistance.

For 41 years in Wyoming, the state provided the latter to some of Wyoming’s neediest residents via the Tax Rebate for the Elderly and Disabled Program. But the Legislature discontinued the program in 2016 in the midst of a budget crisis.

This year, the House passed House Bill 127, which would have revived the program. It would have appropriated $2.5 million to provide rebates of between $200 and $900 to low-income seniors and disabled persons.

“I’ve talked to many seniors who said they will be able to buy groceries and buy propane to heat their homes,” Salazar told his colleagues. “Right now, they’re skipping meals and turning off the heat for two or three hours a day.”

Once it passed the House, however, the effort to bring back the rebate program died in the Senate after one of the slimiest moves of the session.

Sens. Larry Hicks (R-Baggs) and Dave Kinskey (R-Sheridan) led the opposition against HB-127. They said that, instead of passing the bill, the Legislature’s Joint Appropriations Committee—on which they both serve—could simply achieve the same effect by reallocating money directly through the Legislature’s budget bill.

It was a confusing argument, but the Senate bought it, and killed the bill with a 10 – 16 vote.

In fact, the budget bill amendment Hicks and Kinskey ended up bringing did not cover the people that the rebate program would have helped—it only provided assistance to seniors who own their homes. Those who don’t own their homes get nothing, and the same goes for non-elderly disabled people.

Furthermore, Hicks and Kinskey’s appropriation was for only $625,000, instead of $2.5 million proposed in HB-127. It was a sneaky trick, particularly for lawmakers who are usually up-front about their contempt for poor people.

Another effort to alleviate food insecurity in Wyoming lived and died during debates over the 2019 budget bill.

During the recent federal government furlough, many laid-off workers depended in part on food pantries to ensure they could feed their families.

As a response, Rep. Sarah Burlingame (D-Cheyenne) brought an amendment to the 2019 budget bill to allocate $500,000 to Wyoming food pantries for use during emergencies.

The House adopted the amendment, but it was later used as a bargaining chip during debates with the Senate over the final budget. The amendment was removed, leaving the mostly volunteer pantries with no additional money to cope with emergencies.

Burlingame, a freshman lawmaker, told WyoFile that even though her attempt ultimately failed, she was glad she raised the issue.

“By bringing it forth I was able to make the [other representatives] familiar with the truly valorous work being done by food banks in Wyoming and how they are impacted by plant lay-offs, furloughs, tornadoes and the like,” she said.

Hopefully the first-year lawmaker can keep that sense of optimism as she continues her political career, given most Wyoming lawmakers’ preference for crushing any effort to help people who are struggling to make ends meet.

Wyoming Legislature shoots down “big box” corporate income tax and all...
Scroll to top
Share this ArticleLike this article? Email it to a friend!
Email sent!