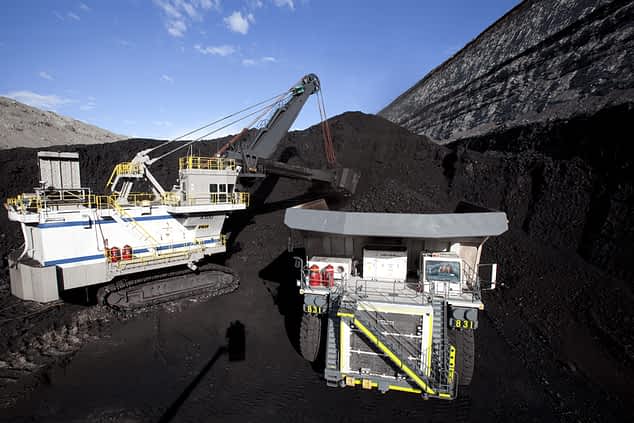 The coal industry's downturn has cost the state of Wyoming nearly a third its budget. What happens if other carbon-based industries follow it down?

Alongside corporate bigwigs and anti-tax lobbyists, a handful of average Wyoming residents had the nerve to show up to the Legislature’s Joint Revenue Committee meeting last month in Lander.

Most hoped to speak on behalf of a proposed corporate income tax that would help fund Wyoming schools, which was on the meeting’s agenda for 10 a.m. Unfortunately, the committee prattled on about how to tax e-cigarettes until well after noon.

By that time, only one civilian remained—most folks had to get back to work.

“We need to diversify from the fossil fuel industry in this state. We can no longer act like climate change is not an existential threat to not only our state but to the entire country.”

Kevin Wilson, of Lander, stuck it out to deliver his message: Wyoming needs to kick its addiction to mineral revenues and broaden its tax base in order to fund public services and help fight climate change. He said he supported the proposed “big box” tax that would generate at least $45 million a year for Wyoming schools by taxing huge corporations like Applebee’s and Walmart. And he noted that climate scientists have urged that the world become carbon-neutral by 2055.

“We need that money. We need to diversify from the fossil fuel industry in this state,” Wilson said. “The time of kicking the can down the road as far as finding new revenue sources for the state is over. We can no longer act like climate change is not an existential threat to not only our state but to the entire country.”

Ho, ho, ho! That sniveling libtard was surely laughed straight out of the room, right?

Not quite. And the people who agreed with him happen to hold some sway.

Mineral dependence in the age of climate change

Lots of Wyoming lawmakers disbelieve science and don’t understand that climate change is real. But Sen. Cale Case (R-Lander), who co-chairs the Joint Revenue Committee, had some sobering comments for them and the lobbyists who hold their ears. 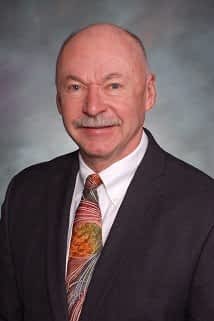 In response to anti-tax testimony by Bobby Rolston, chairman of the Wyoming Taxpayers Association, Case said: “I’m trying to figure out our mission as far as the world is changing… When I started out in the Legislature you never would have dreamed that concerns about global warming would have changed people’s conception of coal-fired [electrical] generation. But that has become reality.”

Case, an economist, said he is worried about state government’s revenue streams “as the nation and the world moves in a different direction.

“We’ve seen presidential candidates in the past two weeks say that they would advocate for the restriction of oil production on federal lands,” he said. “I’m not editorializing, I’m saying we have to deal with this reality. … What if in 10 years half of the passenger cars sold in America are electric vehicles? Is that possible? I think it’s possible.”

Ralston, who also happens to be an oil and gas executive, offered a predictable response. “If you had half of the cars on the road being electric, you still have to produce electricity and it has to be reliable,” he said. “From that standpoint it probably helps the natural gas industry.”

“I’m not editorializing. We have to deal with this reality.”

But unlike the unique type of coal in the Powder River Basin that made Wyoming the Coal King of America, there’s nothing special about Wyoming’s natural gas.

“The problem is Wyoming doesn’t have a monopoly on producing natural gas,” Case said. “It’s available in a lot of places.”

A bust with no boom

Advocates for tax reform in Wyoming often call for diversifying the state’s revenue streams. This would allow us to avoid the “boom and bust” cycle of mineral dependence.

But if Case is correct, and the world is changing is such a way that Wyoming’s carbon-based minerals will continue to decrease in value, the state faces a more worrisome prospect: a bust with no boom to follow it.

The coal industry, for instance, is exhibiting no signs of recovery. Its plummet cost the state nearly a third of its entire budget over the course of a decade, and is why Wyoming’s public education faces a $300 million shortfall.

One might imagine that mining companies would like some help covering the cost of Wyoming’s public services and infrastructure. But at the May meeting of the Revenue Committee, the Wyoming Mining Association was right there beside the Taxpayer’s Association opposing every single proposed new revenue.

“I wonder, how will we know when we’ve cut enough? Are you saying, ‘Cut some more and we’ll be right there to help you?’”

WMA Executive Director Travis Deti said the mining industry flatly rejects all tax increases or new taxes until state government is “run efficiently,” more budget cuts are made, and the state learns to “live within its means.”

But in the same breath, he admitted that Wyoming would be better off with a more diverse tax structure that didn’t depend so much on minerals.

Case pointed out that the Legislature reduced its 2017 – 18 biennium budget by $566 million in the face of an almost $1 billion structural deficit.

“I wonder, how will we know when we’ve cut enough?” he asked Deti. “Are you saying, ‘Cut some more and we’ll be right there to help you?’”

Of course not. Deti said the best the WMA would probably ever do would be to “remain neutral” on tax proposals rather than outright opposing them.

It makes cynical sense that mining companies would oppose new taxes, even though it would lend them some help in paying for Wyoming’s budget.

As long as mineral industries “foot the bill” in Wyoming by paying for 60 – 70 percent of the state’s budget, they retain outsized political clout. They don’t mind paying state mineral taxes, because they love having the loudest voice at the Legislature.

It doesn’t hurt that many oil and gas companies recently received huge federal tax breaks thanks to the 2017 Tax Cuts and Jobs Act.

If other entities or industries start to pay for a bigger share of Wyoming’s budget, the mining industries will lose their influence. That’s something they’re unwilling to support—they need all the power they can muster in a world that’s growing increasingly wary of the carbon-based fuels they produce.

So, for now it seems like the mineral industries will fight to keep the state under their thumbs, even if it means the state crumbles.

What Wyoming can learn about coal from the collapse of the fur trade
Scroll to top
Share this ArticleLike this article? Email it to a friend!
Email sent!